Things are fairing worse and worse for China, but better and better for Taiwan.

The KMT-Nationalist party is abandoning its long-standing agreement to cooperate with the Chinese Communists, much how the American Democratic party is abandoning socialism within its ranks. Taiwan's handling of the 2019-nCoV Wuhan virus is top notch, possibly the best in the world. The irony is that Taiwan is not a member of the WHO, for mere reasons of political pressure from China. The world will interpret Taiwan's absence from the WHO through the poor response to the virus from WHO members. And the world will, accordingly, blame China not only for the virus, but for the lack of Taiwan's valued input in the WHO.

This week, when things seemed as though they couldn't get worse in China, a hotel collapsed, which housed many people being observed for the virus. Not all had been diagnosed, but at least 10 are dead from the collapse.

Interestingly, this does not fair well for Taiwan. The more respect Taiwan earns from the international community, and the more spite China earns from the international community, the more envy will boil and bubble as China froths with rage against Taiwan. China's government is not functioning with any trace of sobriety. Recent events are pushing the Chinese government over the edge in their ancient desire to invade Taiwan. While that would leave them vulnerable at home and hated even more throughout the world, such things never stopped them before and certainly aren't stopping them now. END_OF_DOCUMENT_TOKEN_TO_BE_REPLACED

The words of US President Trump set an unsettling policy for Communist China: "We're also getting our allies, finally, to help pay their fair share." This is far-reaching.

By having multiple nations with multiple militaries operating with appropriate budgets, China faces an enclave of opponents, not just one. There is no single head to decapitate. If you're in Beijing, sitting in a room filled with Mandarin speakers who agree that they are entitled to make the world their servant, Trump's words scare you.

While Beijing fights the virus it tried to cover up, Taiwan had recorded 10 deaths from that virus. Yet, China reported 13 in Taiwan, then told the United Nations that China speaks accurately for Taiwan, still arguing that Taiwan should not enter the WHO—even taking offense, still, at any suggestion of entry. Taiwanese Foreign Minister Wu pointed out that the WHO has referred to Taiwan by at least three different names in reporting on China's Wuhan outbreak. This week, even the US spoke up for Taiwan's request to join the WHO; China was all the more offended.

The outbreak isn't fairing well for China's credibility in governing Hong Kong either. Supermarkets are full of empty shelves.

While China's central government will continue the playbook strategy of blaming the very local governments it dominates, the central government's solution to the failure of a centralized government will be to centralize more government. In Confucian Communism, control is the solution to every problem, especially the problems that control causes. So they themselves believe even more than they purport, the reason that China has so many challenges within its vast stretches of land is that it doesn't have even more land. The Chinese Communists believe that their number one problem is that they don't control the world.

END_OF_DOCUMENT_TOKEN_TO_BE_REPLACED

The world is fed up with China's Communist Party, including people in China. The Wuhan virus is a blame-blaming scandal of a magnitude greater than Chairman Mao. It could crack the foundation of Xi Jinping's rule and party confidence along with it.

Top down leadership ties the hands of first responders. So does propaganda-driven speech censorship. Of course an outbreak will breakout where people aren't allowed to respond or warn without permission from the central bureaucracy. For China, it was only a matter of time.

And, the world is fed up. Now Hong Kong, severely underprepared for an outbreak, faces a strike of 6k medical workers and growing—if CEO Carrie Lam doesn't completely close the Hong Kong border to China. Simply not having the resources to handle an outbreak should be enough for Hong Kong to to close its border. Not doing what simply should be done begs more questions of whether Beijing's top down leadership is preventing Hong Kong from responding to the Wuhan outbreak, which would be yet another violation of the Basic Law and a breach of China's treaty with Britain that allowed Hong Kong to return.

Shameless in the face of its mismanagement in Wuhan then Hong Kong, China then asked the EU for emergency medical supplies. The EU would be wise to respond that giving medical supplies would require proper oversight, including an end to the bureaucratic methods of centralized control that delayed containment in Wuhan and keeps Hong Kong in danger. Also, the EU should require China to stop politicizing Taiwan's need to join the World Health Organization.

Argument could be made that Taiwan and the West are capitalizing on the Wuhan crisis to get more international recognition for Taiwan. But, then it could also be argued that China created that need to capitalize on a crisis to do something that should have been done long ago. In light of the Wuhan outbreak, Canada, Japan, and the EU now sponsor Taiwan's request to join the World Health Organization as an active participant, not a mere observer. A viral White House petition snowballed past the threshold over the weekend, effectively making the same request of President Trump. Now that Trump has a massive petition to respond to, China won't be able to claim "interference" when he responds. But, China may try to anyway because, in Confucian Communist thinking, petitions of the people should be ignored.

END_OF_DOCUMENT_TOKEN_TO_BE_REPLACED 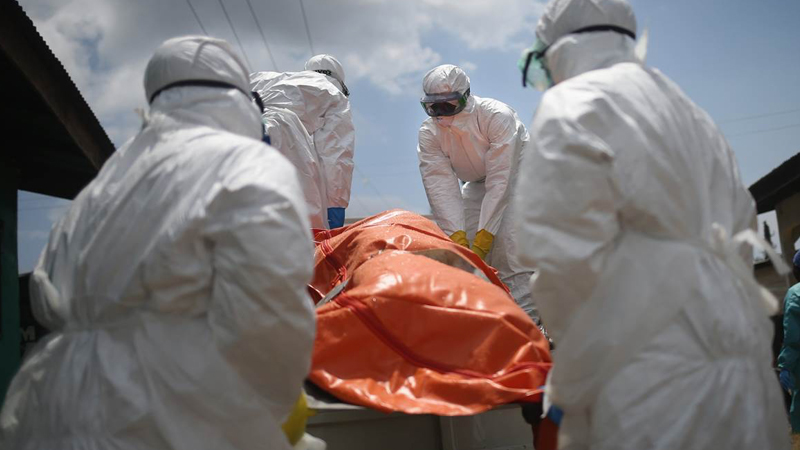 Over 50,000 people throughout the United States are on high alert this week after flu vaccines were contaminated with the Ebola virus and accidentally sent out to clinics throughout the country.

Recipients had lined up for flu vaccinations in 10 different states across the country, including California, Nevada, Arizona, Texas, Georgia, Florida, Michigan, New York, Minnesota, and Illinois.

According to a report filed at the World Health Organization, the National Institute of Allergy and Infectious Diseases (NIAID) accidentally exchanged the synthetic flu vaccine for vials that contained an experimental compound of the Ebola virus. This compound contaminated nearly 50,000 doses of various vaccines, most of which were sent across the country to be used in low income clinics.

These vaccines were distributed throughout August of 2017, although the NIAID says they are not 100% sure which clinics received the “infected” doses, and that at this point in time, it’s entirely likely that all of them have been used and given to patients.

The WHO has been reaching out to people that have possibly been infected, demanding mandatory  quarantines at local FEMA camps. However, the WHO has been unavailable for comment. No specific treatment is available for Ebola infections, and the case fatality rate ranges from 80% to 100%, depending on the virus subtype. 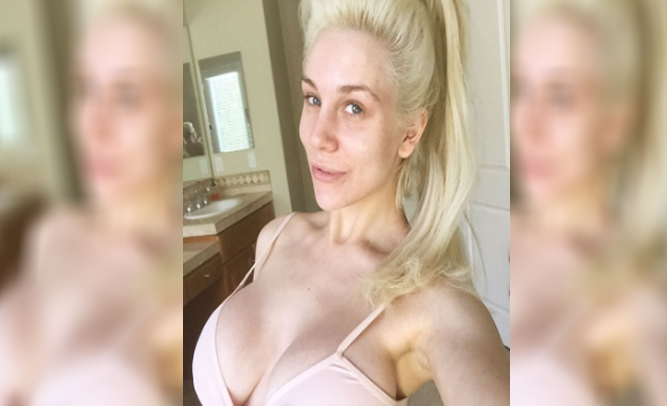 After fans praised Courtney Stodden for posting a makeup free selfie on Instagram, the reality TV star has announced her plans to remove her breast implants. Stodden was praised for her natural beauty and courage after posting a photo with the caption, “NO MAKEUP … NO HAIRSPRAY… NO FANCY CLOTHES… NO FILTER… just me. #BeingBrave.” Yet one follower pointed out how the photo was just her and her giant fake breasts, which she took to heart.

“I didn’t realize that posting this would cause so much backlash, I thought I was just showing my natural beauty,” said Stodden. “I guess the problem is, I forgot that I wasn’t really natural.”

“It’s kind of gross really, and it made me feel like shit,” said Instagram follower Mary Simmons, 19. “I mean, I don’t look like that without makeup. Who does? Plus those fake breasts, they’re just…unreal. It’s all too unreal. I went and ate a whole gallon of Ben & Jerry’s after I saw that.”

Stodden says that she has decided to remove her fake breasts so that she can continue posting pictures on #NoMakeupMondays.

“It dawned on me that I could just take pictures of my face and keep my boobs out of it, but if I want to be natural, I have to be natural all the time, you know?” said Stodden.