President Trump has been a role model for America's place in the world: non-interference. Fighting revolutionary wars for others is a bad idea. It has only backfired. Pakistan, Afghanistan, and Iraq are just a few examples. Hong Kong's October 4 declaration of a provisional government is a model of what should be done to help another democratic revolution: nothing. Real democratic revolutions must happen on their own and Trump knows that. He might be the only president in our time to know that.

Even though he does not interfere as presidents before him have, the non-interference fans among Democrats continue to attack him. That, too, is backfiring.

The president has an obligation to investigate criminals. Joe Biden and his son have extremely dubious financial entanglements and possible connection to elements Robert Mueller investigated. If the Mueller investigation was so important, then President Trump ought to pursue loose ends that Mueller and Congressional Democrats didn't. When a foreign country is party to elements of such a serious investigation as Mueller's, as well as extremely dubious dealings of the Bidens, the Attorney General of the United States ought to cooperate with the government of that country through official channels.

Trump asked for just that and no more.

Trump did not ask to connect secret attorneys or organizations. He did not request back door channels. He did not ask for unofficial cooperation. And, the people he wanted to investigate were not without serious suspicions.

Had President Trump not asked Ukrainian President Zelensky for the official cooperation he did, Trump would not have been doing his job as president. As for Biden and the supposed "political campaign rivals" accusation Congressional Democrats conjured, Joe Biden should be aware that running for president doesn't allow a candidate to break the law without being investigated. Biden started his dubious dealings long before he was a presidential hopeful. If claiming "for political purposes" is granted to every candidate under investigation, Democrats could make crime vanish merely by declaring the entire population to be political candidates.

END_OF_DOCUMENT_TOKEN_TO_BE_REPLACED

The anti-Trump spin machine is in full swing. It's difficult to believe that 47% of Americans want him impeached by trusting only one pollster—Fox News, which wrongly predicted his non-election. It's even more difficult to believe that polls, in general, aren't being doctored when someone managed to anonymously change the presidential seal on a background screen into a Russian eagle that golfs. These things suggest a concerted effort to undermine the president. But, we already knew about that, didn't we?

Trump can't be labeled as the only source of drama in America. The economy is up, but so are spending and debt. Jobs are returning to America while manufacturing flees China as fast as peace is fleeing Hong Kong—which China blames on the US. The UK has a new prime minister who is just as opposed by the outgoing administration as Trump is opposed by Washington's still outstanding swamp.

The contrived Russianewsgategate fiasco wasn't a bombshell, it was more of a fizzle and pop, and its biggest explosion may be its backfire. Now that the fizzling and popping are finished popping and fizzling, the investigation investigations are starting up; Comey is the lead person of great interest.

Like bad habits, bad people don't go away easily. It takes time and effort. Bad people lie just because they know they can't win any other way. And, it takes having a head in the right place to know when that's happening.

END_OF_DOCUMENT_TOKEN_TO_BE_REPLACED 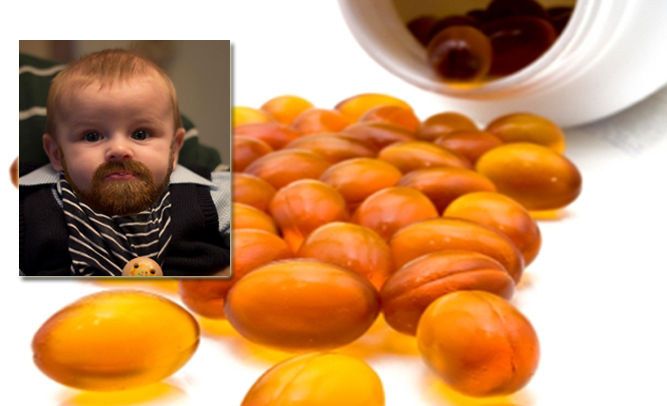 Tragically, Kathy Martin did not know the consequences or seek a doctor’s advice before taking testosterone supplements while pregnant. She says her husband, Dave, encouraged her to take them so their baby boy would be more masculine than their first child.

Their newborn son was delivered 5 weeks premature, suffering from severe birth defects. Androgen supplements are considered a class D drug and should obviously never be used during pregnancy.

“We just didn’t want another little flamer like the last one,” says David, who is facing criminal charges for supplying the supplements to his wife after purchasing them illegally over the internet. “Don’t get me wrong, we love our oldest son, but at four years old you can already see the he is afflicted with the disease of faggotry. He says his favorite color is pink and his favorite movie is The Little Mermaid. That’s not the son I wanted, but yeah, we love him. He’s from my loins, unfortunately.”

Kathy says, “As a good Christian woman it is my responsibility to honor and obey my husband without question. He assured me there would be no risks to the baby, and that the mustache I grew would surely fall right off after the baby was born.”

Both parents are being investigated by child protective services as well as local police. 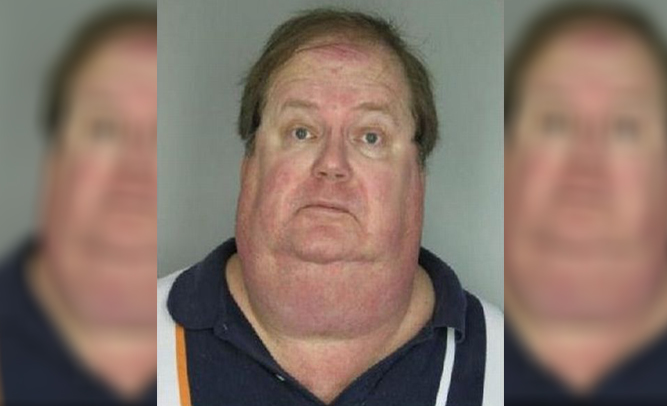 Landlord Fred Wheeler finds himself under investigation for solicitation after bringing a former tenant to court. Re’Auna Perce claims Wheeler suggested she pay her back rent in another way. She says this is how she “paid” her rent for a few months, but later when she refused to give him oral sex “as a freebie,” he became angry and started exhibiting obsessive behavior.

“He was stalking me. He’d come in to Doc Hollandaise, [the restaurant] where I work, and ask to sit in my section. He’d take one of my tables for hours, so I couldn’t make no money from it…Knocked on my doors all hours of the day and night. Came into my apartment when I wasn’t home. My ten year old caught him going through my panty drawer. Then I said enough is enough.”

Perce says when she told him she was moving, he pleaded with her to stay, offering her a car and another month she could pay for with “one hour of work.” It was not until after Perce had moved that Wheeler brought her to court.

Perce says she was unaware that accusing Wheeler of solicitation would bring charges of prostitution upon her, but hopes to get a deal for her testimony. Wheeler has publicly declined that the sex had anything to do with back rent, and claims that it was Perce who could not keep her hands off him