The main cause of destruction in America is fear. The disease behind the panic is lack of manufacturing infrastructure.

For decades, America closed its factories, complained about lost jobs, then complained even more about prices being 5 cents too high. This made China rich. And, like the valedictorian-become-CEO who couldn't found a company to save his lunch, China was given wealth without the character-building experience to appreciate it. The Chinese got a big head, they stayed just as careless and abusive with law and order, things got out of hand, and now they are facing blame for not managing a virus they might not have even caused. That virus returned to its pontificated origin: the US. Unable to balance themselves between the poles of apathy and panic, Americans gave into fear, then fear of the virus—not the virus itself—wreaked havoc.

The virus alone was not enough to destabilize America. We needed two ingredients: a bipolar mindset of only-apathy vs only-panic and the closure of our manufacturing sector. Our lack of factories mixed our lack of mindful awareness reached critical mass with the virus serving as the spark that went boom.

Now, as Federal and State governments jockey for control of emergency supply chains, and the Federal government plays "Trump" cards (pun intended), America is addressing the two-time single cause of the problem. We are getting our factories rebuilt.

But, as Americans fear power grabs from the Federal government, and as the States appear to be the victims, an unintended consequence will erupt for anyone with a globalist agenda. The people will not only demand that factories be rebuilt; they will also demand that more powers be given to the States.

END_OF_DOCUMENT_TOKEN_TO_BE_REPLACED

Standard
Last night I had several things on my mind as I got into bed. I listened to an audiobook for a while, trying to quiet my mind – worry isn’t great when you are trying to go to sleep. Not at all!

I had a dream that we were going into a battle or some type of war and all our soldiers were infants or toddlers – not battle-worthy in the least. This “war” wasn’t necessarily about bombs and guns but it was something coming up that would need to be fought for – and I was worried we would not be ready. I fretted about how this army could even begin to help the situation. I woke up then went back to sleep. 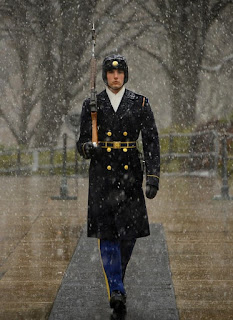 I’m not sure if I actually woke up or if that was part of the dream but some time had passed, like maybe a year. I took another look at our “army” and they were totally matured and ready to fight. They were all even in matching uniforms…black if I recall correctly.
I was astounded! How did that happen? My worries and fretting completely disappeared, to be replaced by encouragement and actually enlightenment. I suddenly know that we would win and my worries had been groundless. I was sure there would be no problem, it would be handled and would be successful.
I needed to trust and not have to figure everything out, it would be okay and everything would work out. There was a plan.
I (really) woke up and knew that this was, at least in part about some things I had been worrying about before going to sleep. I also think this dream was a reminder for some other things people might be concerned or worrying about. God has a plan! I “heard” the Digital Warriors will be ready -they look young and too immature but they WILL be ready when they are needed.
*******************
He knows the end from the beginning. He is outside of time as we know it and is moving the chess pieces around to where and when they need to be, whether we know it or not.
Breathe, He’s got this! And He’s got you.

Ginny Wilcox, September 6, 2019
Ginny is a trusted prophetic voice and a friend of the NorthWest.
Join the conversation on Facebook or Twitter Feel free to share with others, but please leave the contact info intact. Click here to subscribe, or visit www.northwestprophetic.com. To submit a word for the Northwest, visit our Submit A Word page, or email to NWP@northwestprophetic.com. Thanks!
Standard

Jonathan Welton is a gifted seer and a brilliant theologian. Not long ago, he was speaking at Seattle Revival Center church, here in the Northwest, and God interrupted his schedule to describe seven shifts that He is bringing to the church, with seven activations for the people of God.

This is a two-hour-long video, but it’s worth the time to hear what he has to say. These are not insignificant changes, and you’re probably experiencing some of them already.

Note: This prophetic word is in the for of a YouTube video. If you have difficulty seeing the video, click on the link The Seven Shifts Coming to the Church.

To submit a word for the Northwest, visit our Submit A Word page, or email to NWP@northwestprophetic.com. Thanks!

Standard
Prophets have been seeing this image of a wave coming from God for decades. Here are some things the prophets are discerning about the wave. This is not an exhaustive list.
§         The wave is a metaphor for a move of God, a revival, a renewal, an outpouring.
§         This is an answer to our prayers. This is what we’ve asked for. This tidal wave is God’s answer to our desperate prayers.
§         We’ve experienced waves in the past. They were small ones, preparations, so that we had the opportunity to not be overwhelmed by the one coming, so we would not respond in fear.
§         The wave (outpouring) that is coming to us will notbe in terms or means that are familiar to us. It will be different than what we’ve experienced before in both kind and degree: it will be a different kind of move of God, and it will be more powerful than what we’ve read about in history or experienced in previous decades.
§         The key to being part of this wave (as opposed to being damaged by it) is Matthew 5:3 (“Blessed are the poor in spirit, for theirs is the kingdom of heaven.”). Unless we are poor in spirit, the is not ours.
§         The tools that we’ve developed in previous years, whether we’re describing networks or organizations, understandings, giftings, anointings, study tools, even much of our knowledge about God (our “theology”) will not serve us in the coming outpouring. Years of experience in God is not an advantage to being part of this wave.
§         In this wave, signs and wonders will be commonplace, and not considered remarkable. The power of God will be more present in this wave than in the training waves that have come before.
§         The enemy fears this move of God, and will do all he can to distract both saints and sinners from the work of God. There will be more “war against the saints” than there will be “false signs and wonders.”  For those paying attention, it will not be hard to discern the work of God from the work of the devil; fear is not called for. For those who are not paying attention, this discernment will not be the greatest difficulty they face.
§         This wave, this outpouring of God, will not be limited to only a few locations, or only a few meetings. This outpouring will be equally available to individuals inside the churches and individuals outside of them. It will be a mistake to say, “You must come to this meeting, you must do this or that, in order to experience the move of God.”
§         Relationships will be a key in this move of God: relationships with other believers, relationships with community, relationship with God himself. Much of the power and the favor of this outpouring will be through the vehicle of relationships. Guard your relationships.
§         This “tidal wave” outpouring has already begun. Currently, it is hard to see in the natural, like a tidal wave is hard to see in the open ocean, where it’s just a larger-than-average ripple in the surface of the deep. It’s only when it reaches the shore does it rise up and display the power in it, and it has only begun to rise up.
§         Because it is so small, because it is unfamiliar, because we think we’re ready, most people can’t recognize it yet. But our inability to recognize it does not limit the power or breadth of this tidal wave outpouring.
§         We cannot stop the wave, and we can no longer delay it. We cannot escape it. We can only ride with the wave, or we can be overwhelmed by it.
Summarized by Nor’west Prophetic, with input from many others, both online and off.
Join the conversation on Facebook or Twitter

To submit a word for the Northwest, visit our Submit A Word page, or email to NWP@northwestprophetic.com. Thanks!